The first EVALUATION period for Division 1 coaches to watch your child play is April 10th, 2015 for the BOYS & specified events from April 3-16th, 2015 for GIRLS. Division 2, NAIA, JUCO’s and Division 3 universities have less strict rules on evaluation periods and can be out on the road a little more. In saying this, I want this article to be informative and answer many of the questions and myths about AAU (Spring & Summer) basketball in 2015. I hope the question and answer format will be easy to understand and read through. As always, please feel free to send in comments or contact me regarding questions you might have about AAU basketball.

***SIDE NOTE: I’m not the biggest fan of AAU basketball but I’m also a realist. I earned my stripes through the AAU circuit in the early 2000’s traveling all around the country with an elite Nike team. AAU is the way of the land and will be for the foreseeable future. College coaches only have a certain window to evaluate players vs the best talent.. AAU is THAT time, fair or unfair, for evaluation. 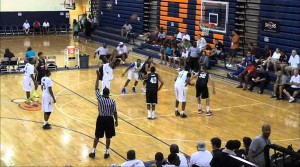 1. My son/daughter is playing on the BEST team and we are going to the BEST tournaments!!! It’s going to be a great spring and summer!

1. Answer: Who said you had the BEST team and are going to the BEST tourneys? A parent or coach of the team? Parents and kids need to decipher through the garbage and find out the most information you can on teams in your state/region before making a 100% commitment. It’s just like making a sizable investment with your money.

A. Ask former players  their experiences on that particular team.

B. Ask former players how much a coach/team helped with recruitment.

C. Ask coaches for a complete schedule weeks/months in advance and do some research on your own for those events.

D. Seek out trusted people in the basketball world that have been through the AAU life and will give you honest answers and direction.

E. Playing on the BEST team doesn’t guarantee college coaches coming to your games. Your team needs to be playing in the best tournaments as well. I know this isn’t the easiest team to find… BUT if you do enough research you will find out the studs from the duds.

2. Answer: There are VERY limited evaluation periods during the spring and summer for college coaches to attend. This means every tournament you go to must be thought out and planned. There might be 10-20 AAU tournaments going on throughout the country on a given weekend, BUT only a handful of tournaments will have Division 1/Division 2 coaches at them. You can view the exact dates on www.ncaa.org and look for Men’s/Women’s 2015 Recruiting Calendar.

3. We are playing in a big city (New York, Las Vegas, Chicago, Atlanta, Houston) so I just KNOW that coaches will be at that one.

3. Answer: There are many weekends where a host city will have 2 different tournaments going on at the same time. Please do your homework and make sure your team is going to the best one, where the most competition will be.

4. College coaches are loaded and the budgets for these schools must be in the millions every summer… Every Division 1 school must have at least 1 coach at every tournament in the country, every weekend!

4. Answer: If you take the TOP dogs out of the equation (the likes of Kentucky, Duke, UNC, Kansas, Louisville, Ohio State ) the majority of Division 1 schools have to pick and choose wisely which tournaments they are attending during the spring and summer. Colleges have NCAA restrictions with many things and head coaches/assistants don’t have free will to go flying all around the country at a drop of a hat. Most coaches have a schedule already planned on what tournaments to attend and players to watch for (based on previous scouting or from trusted sources around the country). THIS is why if you are NOT a top 100 player in the country you’d BETTER be playing in the best tournaments possible to be seen by coaches who will already be there AND you’d BETTER have trusted people who can network for you and be truthful to college coaches.

5. Answer: This is simple. Just take a look around at your games and see if any college coaches are there. Have your parents do the same thing. If you see a minimal amount of coaches or NONE, then the tournament you just WON wasn’t that good and coaches weren’t there because they know the level of competition wasn’t worth THEIR time. This is a HARD TRUTH for people to swallow but it’s 100% true!

6. My AAU Coach or High School coach said that __________  (fill in the blank) University contacted them about ME. WOW, I can’t wait for coach to tell me more and for them to contact me soon.

6. Answer: LOOK OUT FOR YOURSELF/FAMILY. If a coach tells you a college asked about you, find out more information ASAP. YOU as a player and parent need to step up and get in contact with this coach as soon as possible. I hear all the time of players HEARING from a school and days/weeks/months later nothing but crickets. Was it true? Are you getting the right information? This is your basketball career and life here.. YOU should invest in YOURSELF and do some work!

7. I’m not worried about the AAU scene because high school basketball is where it’s at and I’ll earn my scholarship that way.

7. Answer: It’s a sad fact, but the AAU world is where the true evaluations take place that lay the groundwork for you earning a scholarship. When coaches come to watch a high school game (majority of the time) they are just reassuring themselves of what they already knew. Look at it one of two ways… 1. Watch a kid play against great competition and impress the heck out of you OR 2. Watch a kid play a high school game (where the majority of nights you aren’t playing anywhere close to AAU competition) and be impressed with him playing against average players.  If you are going to play COLLEGE basketball they want to see you perform in the closest level to COLLEGE type talent there is!!

8. The last and final Q/A is the worry of parents/players over their PAST. Q: I have played with this team for 3 years and everyone will hate me if I leave and play for another team or try and better myself by doing something different.

8. Answer: It’s all about what YOU want out of basketball. Sometimes the hardest decisions to make don’t get made because you are scared of the unknown. I can speak from experience as I played for multiple top AAU teams in the country back in the early 2000’s. Was it a step out of my comfort zone to play with a new team where I knew only 1 player? You’re dang right it was, BUT I knew that was coming sooner or later when I got to college. I thought, might as well get use to it now and better myself as a player so I’ll take some risks that most won’t. Was it a RISK? Yes. Was it SCARY? Yes. Was it uncomfortable at times? Yes.  Would I do it again? 110% I would.

I hope this article helped clear the air for your upcoming spring/summer basketball team. It’s a tough decision choosing a team and once that decision is made, it’s even tougher sorting through all the smoke to see what is REAL and FAKE!

Are there players that have played college basketball without ever playing a lick of AAU basketball??? Yes, of course… but those are rare instances and not the norm. Do yourself a favor and look at the Top 10 players in the class of 2016 on rivals. You will see every players is on an AAU basketball team.

If you truly want to make it in BASKETBALL it’s all about taking risks, being uncomfortable at times and being different. There is a REASON why less than 2% of high school kids in this country play Division 1 basketball!!

How bad do you want it?